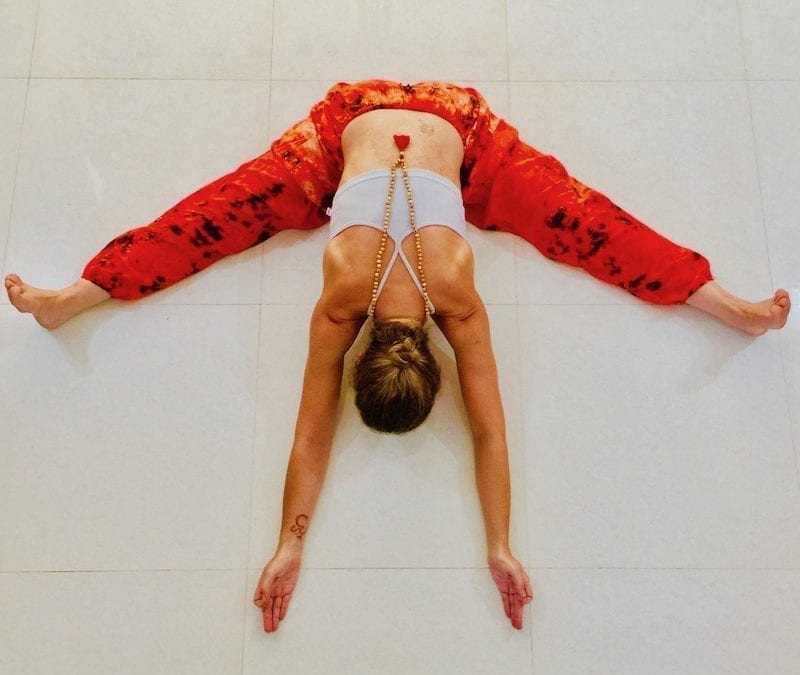 I have been watching many yoga videos from different social networks, and noticed that many of them are not covering seated yoga poses.

Most of them, a one hour class is covering standing poses, starting from all Warrior series (Virabhadrasana) connected with a Trikonasana, transformed to Ardha Chandrasana, to finish with the one of the most popular asana named as Reverse Warrior.

Others will jump directly into a Koundinyasana from Adho Mukha Svanasana, followed by the second most popular asana named as Camatkarasana.

Rarely Uttitha Hasta Padanghustasana will be practiced, outside of an Ashtanga Yoga Vinyasa class, as Natarajasana is so far one of the most practiced standing balancing pose.

For someone new in yoga practice, it is understood that Virabhadrasana will be the key toward a successful asana practice, as well handstands will be highly necessary in order to masteries it.

Outside of a “tradition” such as Sivananda or Ashtanga Yoga Vinyasa, the new age practice is presenting an imbalanced structure, for which backbending and handstands are the most anticipated.

Warming-up before the practice?

Why some teachers are teaching STRETCHING BEFORE an asana practice?

While doing Parshvakonasana, are we not stretching and opening hips?

Another question : why starting the vinyasa class with yin yoga?

The root of asana means “to seat”. Therefore all standing postures are just the warming-up to real practice.

The practice start when you are seated on the floor.

One day a student told me “basically they are not that many seated positions”…… and he was right, because if we keep thinking what we see on social networks is asana practice, it is true that seated positon are not taught. However you can learn everything from backbending to hand stand.

In the end, asana practice as it is introduced on social media is slightly imbalanced in the name of fame and recognition.

An advanced practice (or yogi) is not based on how much they can backbend neither on the number of asanas they can hold while doing handstand.

That is one of the reason all vinyasa yoga classes look all the same and are taught with the same canevas. Funnily enough, people practicing Vinyasa are sometimes the same judging Ashtanga Yoga Vinyasa practice by complaining about the fact that same asanas are repeated all the time in the same sequence…….

A well based sequence should be able to bring the body in all of its 4 dimensions such as standing poses : forward fold, lateral flexion, twisting, extension.

Sun Salutations are the warming up as it is covering the base of the practice.

When we look at the Hatha or Ashtanga Sun salutation all 4 D are almost covered except for the lateral flexion.

The closing series is calming the body and the mind in order to prepare it for the meditation that will happen after Shavasana.

Building an asana practice and preparing a class is not that complicated once you are following the logic of the body.

If there are 10 standing poses, then it should have 10 seated poses.

Asana class based on Themes

Often the practice will be based on Hips Opening Sequence, Backbending Sequence or Anchoring sequence.

Therefore hips opening will be covering posture for which spreading widely legs apart will become one of the key.

Students will be hasten into Hanumanasana with brick supports in the best case.

And posture such as Gomukasana, Garudasana, half Padmasana will be skipped….. and yet.

Backbending sequence, everything will turn about extension while twisting and rotation will not be part of the game.

And regarding anchoring, rarely Dandasana will be taught.

First of all, a well build sequence will be covering all of the theme, basically there is no need to create a special sequence for it….. but in the case it happens, then all range of movement should be covered as one asana is usually guiding the body toward the next.

Teaching Prasaritta Padotanasana C will be advisable for back bending sequence, even thought it is a forward fold….. backbend can not happen if shoulders are in a pronation state….

We are making difficult something that is very simple.

Understanding the body in all of its dimension is the key for a good asana practice and teaching.

Have a good Practice!